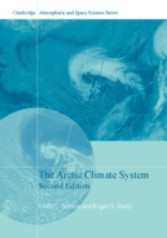 This second edition brings this definitive book up to date with the many advances in our understanding of Arctic climate since the first edition was published in 2005. The book has also been extensively reorganized to weave issues of Arctic change throughout the text, rather than confining them to a single chapter. It is the first to provide an integrated assessment of the Arctic climate system, recognizing that a true understanding of how the Arctic functions lies in appreciating the interactions among its various components. The book begins with a historical perspective, followed by discussion of the basic physical and climatic characteristics of the Arctic. Following a review of past climates (paleoclimates), the book closes with an assessment of the Arctic's uncertain future. Though targeted mainly at advanced students and researchers, this book is accessible to anyone with an interest in the Arctic and a basic understanding of climate science.