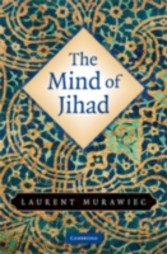 Examines contemporary jihad as a cult of violence and power. All jihadi groups, whether Shiite or Sunni, Arab or not, are characterized by a similar bloodlust. Murawiec characterizes this belief structure as identical to that of Europe's medieval millenarians and apocalyptics, arguing that both jihadis and their European cousins shared in a Gnostic ideology: a God-given mission endowed the Elect with supernatural powers and placed them above the common law of mankind. Although the ideology of jihad is essentially Islamic, Murawiec traces the political technologies used by modern jihad to the Bolsheviks. Their doctrines of terror as a system of rule were appropriated by radical Islam through multiple lines of communication. This book brings history, anthropology, and theology to bear to understand the mind of jihad that has declared war on the West and the world.