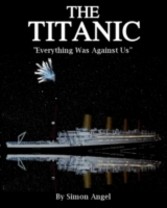 Nearly 100 years after the most famous maritime disaster in history, we are assured that we know everything there is to know about the White Star Liner Titanic and that there is little more to add to the story. But impenetrable questions still remain: Why was the iceberg was not seen until a collision was inevitable? Were the 3rd class really held below? Why were the boats not launched till a full hour after the collision? Was the ship really hailed as unsinkable or is this an invention of the press? Did the Captain or 1st Officer really shoot themselves? Why did the ship leave port with lifeboat room for only half of those on board, and why were 400 seats in the boats left unused?The book also considers the ",",what-ifs",", of the Titanic story, could a ship with a full lifeboat complement have evacuated everyone in the time it took to sink? And could a mooted inquiry into another ship's loss in 1909 have energised public opinion to provide ",",boats for all",",...and thus saved everyone on the Titanic 3 years later?