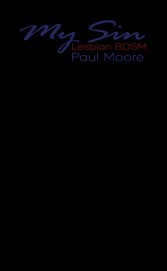 A lonely, small town librarian, Autumn finds herself attracted to Cindy, a saucy lesbian college girl. Although fearing rejection, Autumn screws up her courage and tracks Cindy down, arriving at her apartment just in time to see her leaving with friends. By evening’s end, she has been invited to a kinky BDSM party where she watches a girl being whipped by a dominant lesbian and discovers her own appetite for domination. Autumn takes Cindy home and the pair become zealous lovers. Obsessed with Cindy’s submissive nature, Autumn becomes a cruel and controlling Domme, turning Cindy into a slavish sub. However, behind Cindy’s sassy façade, there’s a mysterious past and a talent for deception, which soon drives Autumn to take desperate measures that send Cindy running. Devastated by the sudden loss, Autumn is headed into a downward spiral of despair, until an unexpected visitor tells her what Cindy has really been running from. Maybe it’s not too late to win her lover back!