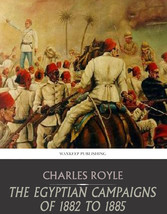 TOWARDS THE CLOSE OF the year 1875, Ismail Pasha, then Khedive of Egypt, had about got to the end of his resources. His liabilities on loans, contracted either in his own name or in that of his Government, amounted to £55,332,609; in addition to this there was a “Floating Debt” of £21,334,960—and £1,000,000—due for the expenses of the war with Abyssinia. The Treasury Bills were being daily protested, the salaries of the Government officials were in arrear, and everything pointed to impending bankruptcy.

This was the situation when Ismail sold to the British Government the shares in the Suez Canal Company which he had inherited from his predecessor, Said Pasha.1

By the transaction, which was due to the genius of the late Lord Beaconsfield, England made an excellent investment of capital. She also acquired an important interest in the great maritime highway to India, and indirectly in Egypt herself.

Attentive observers regarded what had taken place as only a prelude to a more intimate connection of England with Egyptian affairs, and the financial mission of Mr. Cave, an important Treasury official, undertaken about the same period, naturally strengthened this impression, notwithstanding Lord Derby’s declaration that sending the mission to Egypt “was not to be taken to imply any desire on the part of Her Majesty’s Government to interfere in the internal affairs of that country.”

There is no reason to doubt the sincerity of the Foreign Secretary in the matter. The policy of Lord Beaconsfield’s Cabinet, as well as that of Mr. Gladstone, which succeeded it, was originally one of non-intervention, and it was only the force of circumstances which led to its modification. England’s first wish was that no Power should interfere in Egypt; her second, that in the event of interference becoming necessary, England should not be left out in the cold. When this is borne in mind, the attitude which Her Majesty’s Ministers from time to time assumed in regard to Egyptian affairs becomes comparatively intelligible.

In confirmation of the preceding, the reader will observe that, although one of the causes which eventually led to England’s action in the valley of the Nile was her mixing herself up with questions of Egyptian finance, all attempts to induce her to move in this direction met for a long time with failure.

When Mr. Cave’s report, and, later on, that of Messrs. Goschen and Joubert, revealed the embarrassed condition of the country, and the necessity for the adoption of the financial scheme set forth in the Decrees of May and November, 1876, Her Majesty’s Government declined to take any part in the arrangement. They even refused to nominate the Englishmen who were to fill the various posts created by the Decrees.

The French, Italian and Austrian members of the Commission of the Public Debt were nominated by their respective Governments as early as May, 1876, but their British colleague up to the end of the year remained unappointed. France, on the other hand, throughout the whole of the negotiations, appears to have been singularly ready to come to the front, and when in December, 1876, the Duke Decazes, the French Minister of Foreign Affairs, was asked to nominate one of the Controllers of Finance, he declared “that he felt no difficulty whatever on the subject.” Lord Derby, however, persisted in his policy of abstention, and eventually the Khedive was under the necessity of himself appointing the Englishmen required.

At last the financial scheme came into operation, and, combined with other reforms, for some time seemed likely to secure to Egypt and her creditors a fair share of the blessings intended. This, however, was not destined to last. As early as June, 1877, it became evident that the revenues set apart to meet the Interest and Sinking Fund of the Public Debt were insufficient. In fact, the estimates on which the Decrees were founded proved simply fallacious—a deficit of no less than £820,000 appeared in the revenues assigned to the service of the Unified Debt, and of £200,000 on those set apart for the Privileged Debt. Moreover, there was strong reason to suppose that considerable portions of the receipts were being secretly diverted from their legitimate channel by Ismail and his agents.

At the same period serious difficulty arose in satisfying the judgments obtained against the Government in the newly-established Mixed Tribunals. These courts, having been instituted by treaties with the Powers, partook largely of an international character, and when the European creditors, on issuing execution, found that it was resisted by force, they sought the aid of their respective Consuls-General.

The Honourable H. C. Vivian, then British Consul-General in Cairo, a diplomatist who took a prominent part in this stage of Egypt’s history, had, as England’s representative, to remonstrate with the Khedive. The advice which Mr. Vivian gave, that the amounts of these judgments should be paid, was excellent, but, under the circumstances, about as practical as if he had counselled His Highness to take steps to secure an annual high Nile.

Early in 1878, when things were going from bad to worse, Mr. Vivian wrote that the whole government of the country was thrown out of gear by financial mismanagement, and that affairs were becoming so entangled as to challenge the interference of foreign Governments. This very sensible opinion was backed up by M. Waddington, who had become French Minister of Foreign Affairs, and who, addressing Lord Derby on the financial and political situation, made the significant observation that if England and France did not exert themselves at once, the matter would slip out of their hands. This suggestion, pointing obviously to the probable intervention of other Powers, was not without effect, and the British Foreign Secretary in reply went a little further than he had yet done, and stated that “Her Majesty’s Government would be happy to co-operate with that of France in any useful measure not inconsistent with the Khedive’s independent administration of Egypt.”

This was followed by Mr. Vivian pressing upon the Khedive the necessity for “a thorough and exhaustive inquiry into the finances of the country.”

This constituted a fresh departure in the policy of England with regard to the Egyptian question, and, as will be seen, ultimately led to that complete interference in Egyptian affairs which the British Cabinet had so much desired to avoid.

Of course, Ismail had to yield, and the famous Commission of Inquiry instituted by the Decree of 30th March, 1878, assembled in Cairo under the presidency of Mr. (afterwards Sir C.) Rivers Wilson, and revealed the most startling facts relating to the finances of Egypt. The Commission had no easy task before it, and it only attained its object through the dogged resolution of its chairman, backed by the moral support of the representatives of the Powers.

At the outset, the late Cherif Pasha, the Khedive’s Minister of Foreign Affairs and of Justice, refused point-blank to obey the Decree, and submit to be personally examined by the Commission.

As Cherif was a statesman who will be frequently referred to in the following pages, it may be opportune to briefly describe him. He was then about sixty years of age, and, like most of those who have held the highest posts in Egypt, of Circassian origin. He was amongst the favoured individuals who had been sent to France by Mehemet Ali to be educated. He gradually passed through nearly every post in the State with that facility which is so frequently seen in Egypt, where a man is one day a station-master on the railway, the next a Judge in the Tribunals, and eventually a Master of Ceremonies, or a Cabinet Minister.

Cherif had pleasing manners, spoke French fluently, and was in every respect a gentleman. A Mahomedan by religion, he was, from an early period in Ismail’s reign, a prominent character in Egyptian history. He soon became a rival of Nubar Pasha (referred to further on), and he and Nubar alternated as the Khedive’s Prime Ministers for many years.

Of a naturally indolent character, Cherif always represented the laissez aller side of Egyptian politics. With an excellent temper, and a supremely apathetic disposition, he was always willing to accept almost any proposition, provided it did not entail upon him any personal exertion, or interfere with his favourite pastime, a game of billiards.

Cherif’s notion in refusing to appear before the Commission was of a two-fold character. Educated with Oriental ideas, and accustomed to regard Europeans with suspicion, it is not unlikely that he resented the appointment of the Commission as an unwarrantable intrusion on the part of the Western Powers.

“Here,” thought he, “were a number of people coming to make disagreeable inquiries, and to ask indiscreet questions. Others might answer them; he, for his part, could not, and for two reasons: first, because he couldn’t if he would; and second, because he wouldn’t if he could. Was he, at his time of life, to be asked to give reasons for all he had done? It was ridiculous; all the world knew that he had no reasons.”2

Probably, also, Cherif had his own motives for not wishing to afford too much information. Though enjoying a deservedly high reputation for honesty, he belonged to what must be regarded as the “privileged class” in the country. For years this class had benefited by certain...