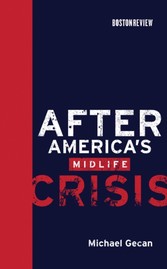 Michael Gecan, a longtime community organizer, offers in this book a disturbing conclusion: the kinds of problems that began to afflict large cities in the 1970s have now spread to the suburbs and beyond. The institutional cornerstones of American life are on an extended decline. No longer young, no longer without limitations or constraints, the country is facing a midlife crisis. Drawing on personal experiences and the stories of communities in Illinois, New York, and other areas, Gecan draws a vivid picture of civic, political, and religious institutions in trouble, from suburban budget crises to failing public schools. Gecan shows that the loss of social capital has followed closely upon institutional failure. He looks in particular at the two main support systems of social mobility and economic progress for the majority of working poor Americans in the first half of the last century -- the Roman Catholic school system and the American public high school. As these institutions that generated social progress have faded, those depending on social regression -- prisons, jails, and detention centers -- have thrived. Can we reverse the trends? Gecan offers hope and a direction forward. He calls on national and local leadership to shed old ways of thinking and face new realities, which include not only the substantial costs of change but also its considerable benefits. Only then will we enjoy the next rich phase of our local and national life.