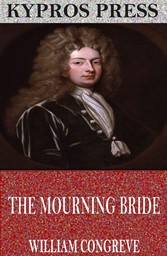 William Congreve was a highly influential English playwright and poet.  Congreve is generally credited for shaping the English comedy of manners through his sharp satirical wit.  Congreve's popular plays include The Way of the World, The Mourning Bride, and Love for Love.
The Mourning Bride is a tragic play that centers around Zara, a queen who is being held captive by the King of Granada.