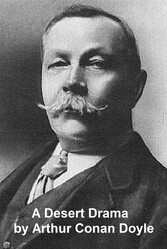 According to Wikipedia: 'Korosko was a 19th-century settlement on the Nile River in Sudan. It was located 118 miles (190 km) south of Aswan and served as the point of departure for caravans avoiding the Dongola bend in the river by striking out directly across the desert to Abu Hamad. It was replaced in this function by Wadi Halfa after the construction of the Sudan Military Railroad during the 1890s amid the Mahdi War. Although the railway employed a different gauge and was not connected to the Egyptian system, the two networks were connected directly by steamboat and Korosko, between them, diminished in importance. Its former location was flooded by Lake Nasser upon the completion of the Aswan High Dam.'