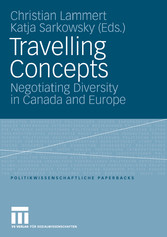 Bhikhu Parekh As creative and reflective agents, human beings seek meaning in their lives, and develop more or less coherent views of the world or cultures in terms of which to organize their personal and collective lives. When different groups of individuals within the same society subscribe to different ways of thought, they face the crucial question of how to deal with their cultural diversity and sustain a shared common life. Premodern societies took a relatively relaxed view of diversity and generally opted for a looser union. Modernity brought with it a very different approach to the subject. This is reflected in, among other things, the institution of the modern state, especially the liberal democracy which represents one way of constituting it. Liberal democracy has exercised a decisive influence on our political and moral imagination for the past three centuries. Unlike premodern societies which took the community as their starting point and defined the individual in terms of it, it takes the individual as the ultimate and irreducible unit of, and thus conc- tually and ontologically prior to society. The latter is taken to consist of in- viduals, and refers to the totality of its members and their formal and informal relationships. Individual are the sole and equal sources of moral claims, and social and political institutions are judged in terms of their ability to safeguard and promote individual interests.

Christian Lammert is research associate at the Centre for North American Studies and teaches Political Science at the Goethe-University in Frankfurt am Main.
Katja Sarkowsky is Assistant (Junior) Professor for the New English Literatures and Cultural Studies at the University of Augsburg.