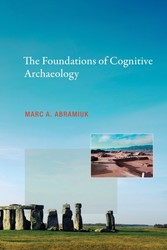 In The Foundations of Cognitive Archaeology, Marc Abramiuk proposes a multidisciplinary basis for the study of the mind in the past, arguing that archaeology and the cognitive sciences have much to offer one another. Abramiuk draws on relevant topics from philosophy, biological anthropology, cognitive psychology, cognitive anthropology, and archaeology to establish theoretically founded and empirically substantiated principles of a discipline that integrates different approaches to mind-related archaeological research. Abramiuk discusses the two ways that archaeologists have traditionally viewed the human mind: as a universal or as a relative interface with the environment. He argues that neither view by itself can satisfactorily serve as a basis for gleaning insight into all aspects of the mind in the past and, therefore, the mind is more appropriately studied using multiple approaches. He explains the rationale for using these approaches in mind-related archaeological research, reviewing the literature in both cognitive psychology and cognitive anthropology on human memory, perception, and reasoning. Drawing on archaeological and genetic evidence, Abramiuk investigates the evolution of the mind through the Upper Paleolithic era -- when the ancient mind became functionally comparable to the modern human mind. Finally, Abramiuk offers a model for the establishment of a discipline dealing with the study of the mind in the past that integrates all the approaches discussed.