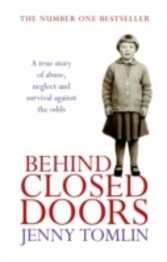 Jenny grew up in a house where no-one was safe. Born one of five children in the East End, her childhood was spent in squalor and terror. Her father's violent beatings, humiliations, and sexual abuse were part of daily life, her mother - also his sexual victim and savagely beaten - was no source of help. Deprived of love and all comforts, the children would turn to each other for support and to the only adult they could trust, Auntie. This is the story of how Jenny, her sister Kim and brother Laurence, not only survived but ultimately transcended the unimaginable degradations heaped on them. With the power of love, cunning, the blackest of black humour and an indestructible self-belief, Jenny eventually broke free of her past.