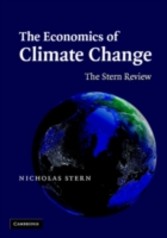 There is now clear scientific evidence that emissions from economic activity, particularly the burning of fossil fuels for energy, are causing changes to the Earth's climate. A sound understanding of the economics of climate change is needed in order to underpin an effective global response to this challenge. The Stern Review is an independent, rigourous and comprehensive analysis of the economic aspects of this crucial issue. It has been conducted by Sir Nicholas Stern, Head of the UK Government Economic Service, and a former Chief Economist of the World Bank. The Economics of Climate Change will be invaluable for all students of the economics and policy implications of climate change, and economists, scientists and policy makers involved in all aspects of climate change.